The values of rugby at the heart of successfully driving change

I have just got back from an intense week full of workshops in Johannesburg with a subsidiary of the FAAC SpA group from Bologna (Italy) and I wanted to share with you the spirit and the methods used that allowed to achieve results beyond expectations.

3 lean workshops were planned in one week with strong constraints like the distance, the modest size of the company, the cost of life, the language barrier and the spectrum of socio-ethnic cultures.

The « gemba » was owned by CENTURION, a company specialized in the design and production of gate operators.

A recent launch of lean

This subsidiary launched a lean initiative approximately two years ago, aligned with the FAAC group’s policies. Arvenys Consulting, who had already worked with the European sites and the FAAC leadership, was chosen for South Africa. The target was to make sure that the lean management model was applied consistently throughout the group.

This context surfaced some fundamental aspects of managing organizational change that I want to share:

The predominance of management leadership

The directors of Centurion decided to initiate a lean transformation process and therefore participated directly in the workshops. With their tangible involvement, they supported so much the activities that they become active members of the operational teams. This involvement, without any doubt, was a strong driver in the motivation of all people involved and the speed with which savings were made.

Their leadership surfaced right from the beginning with the mapping of the planning and production processes.

This was done about 18 months before and structured the targeted future state, based on lean concepts, that was the basis of the action plan.

By explaining the « intense workshop » method that we wanted to use, the conversion program was launched in a structured approach. On top of this, each person had a specific role and everyone involved was willing to learn and take action.

A first intense workshop was done straight away to convert a production line.

The productivity and quality improvements were substantial, so much so that they immediately generated trust and enthusiasm from the participants in the capacity to apply the theory around lean.

Humility and will to learn

Even for a person that is used to looking into alternative solutions, a very careful communication is necessary to transmit, get people to understand and get people to accept disruptive concepts in such a short time.

To ease the transfer of lessons learned, we used visual drawings and graphs, and we also relied on short and educational games. By doing this, we sparked a genuine curiosity and a will to learn these new collaborative working methodologies.

To avoid shyness or embarrassment of getting in the way of asking questions, we made step-by-step progress, making sure that for each step everybody had understood correctly.

This method was successfully repeated for the 3 processes targeted in the workshops:

Without any doubt, the most remarkable thing was to see how the teams behaved when a person expressed doubts or surfaced contradictory points. The answer did not always come from us; the most suited person in the team would answer/explain.

These points were discussed between the team members who confronted their arguments and came to a common position that they were all convinced in.

It is moving and memorable for a consultant to experience this type of situation. The team members were role models of maturity and humility.

Starting a lean journey without having all of the prerequisites

With our experience, we knew that it would be difficult to ingest all of the concepts in such a short time.

We also know that after the end of the week, they would have to get along by themselves for the following 6 months before my next visit.

Knowing where and when to stop

It was therefore essential to remain at a high level but still sufficiently operational in order to avoid getting trapped in all of the details and secrets of lean.

The consultant must permanently adapt his work pragmatically so that the concepts are ingested correctly, are correctly understood and act as building blocks for more knowledge.

When we returned 6 months later, other production lines had been transformed following the concepts and methods learned during the first workshop and thanks to the guidance of the FAAC group « Lean Promotion Office ».

The results were impressive, especially:

Of course everything wasn’t « perfect », but the achievement was immense. Doing so much with so little consultancy support on hand is not common and deserves to be highlighted!

« Try-storming » instead of « Brain-storming »: The iterative and incremental concepts from the Agile approach 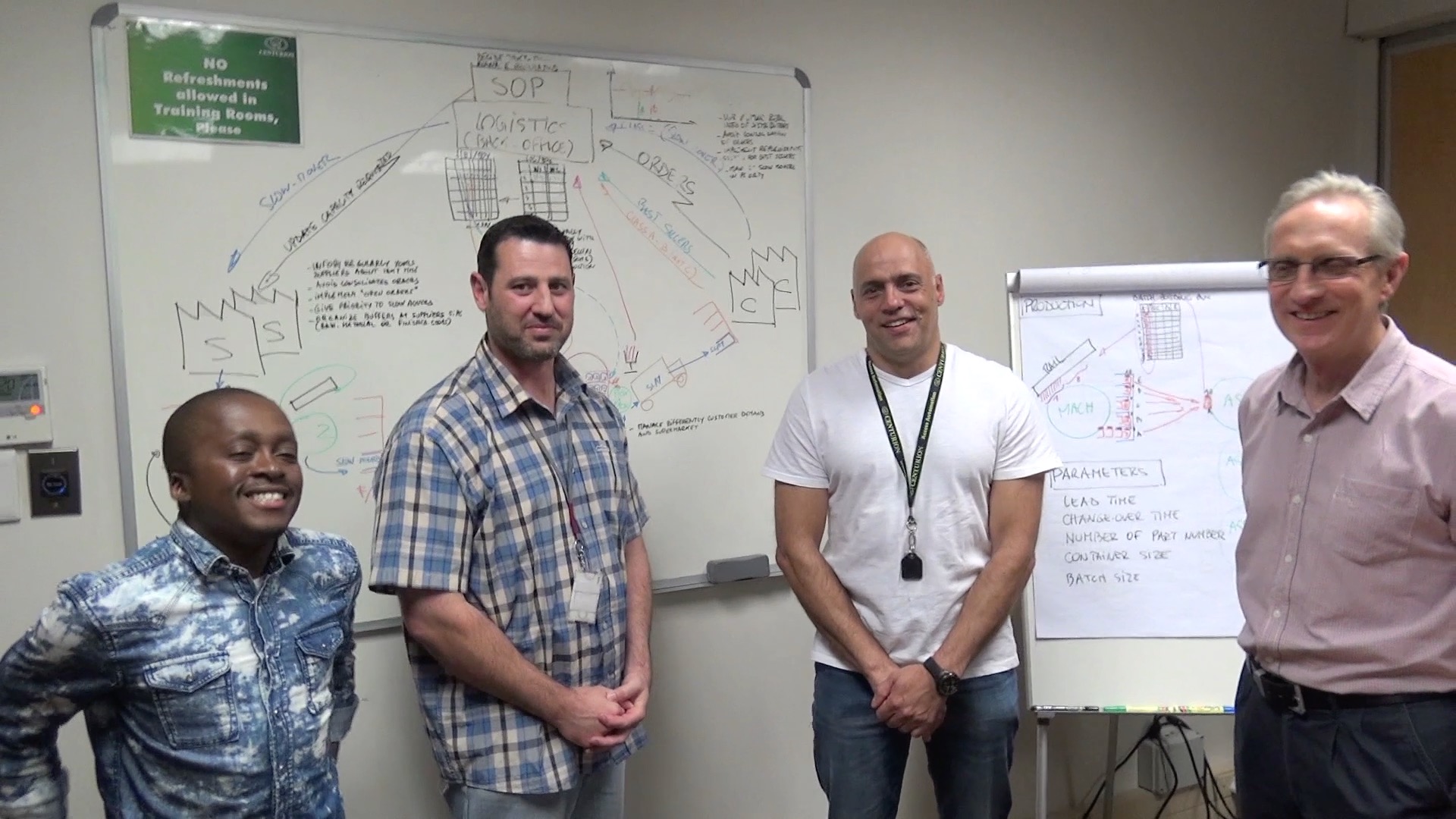 The « synchro-board » (visual board to synchronize tasks) was created and the synchronization mechanisms were already launched.

All of these activities had been documented in the group standards when I worked at the FAAC group headquarters in Italy on the product development processes. The project risk analysis had also been initiated highlighting more than 20 major QCDSP (Quality, Cost, Delivery, Safety, Performance) risks that required a mitigation plan.

Considering the short amount of time we managed to dedicate to this team and their achievements, we can question whether trying to explain allows to learn as much as “try-storming”

Getting it wrong, tweaking, and repeating is the right recipe. It is not the first time that I come to this conclusion; I truly believe in and am comfortable with the iterative and incremental agile approach. 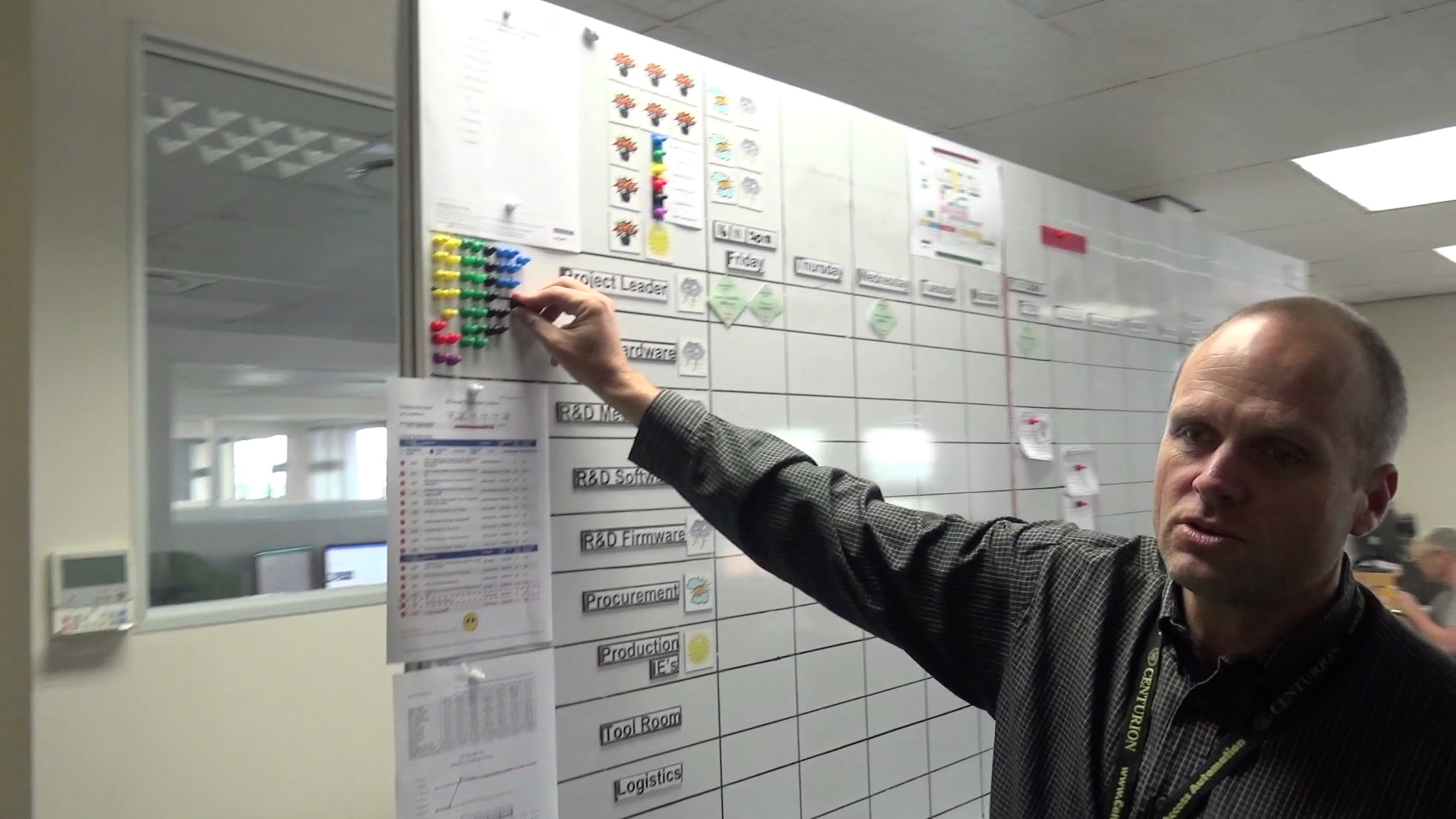 This is the land of « One Team, One Country », the slogan proudly endorsed by the national Springboks team. This country is passionate about winning, has tenacious determination and believes in team cohesion.

They do not let go until they have fought to their best.

A new paradigm for project management

When I explained that the project-planning target I set for them was to consume less time that they allocated to each task, they weren’t stressed by the challenge at all.

An example of this: on the Tuesday morning, I made suggestions on how to improve the use of the « synchro-board », the visual milestones and fish-boning (NB: lean-agile tools developed by Arvenys for project management). The Friday morning, the project manager showed me that they had implemented all of the things I suggested and asked what they could do more. I was over the moon, I quickly gave him new challenges and tasks that he communicated to the other team members!

Listen to people explain their experience, congratulate them for their commitment and determination to achieve the targets 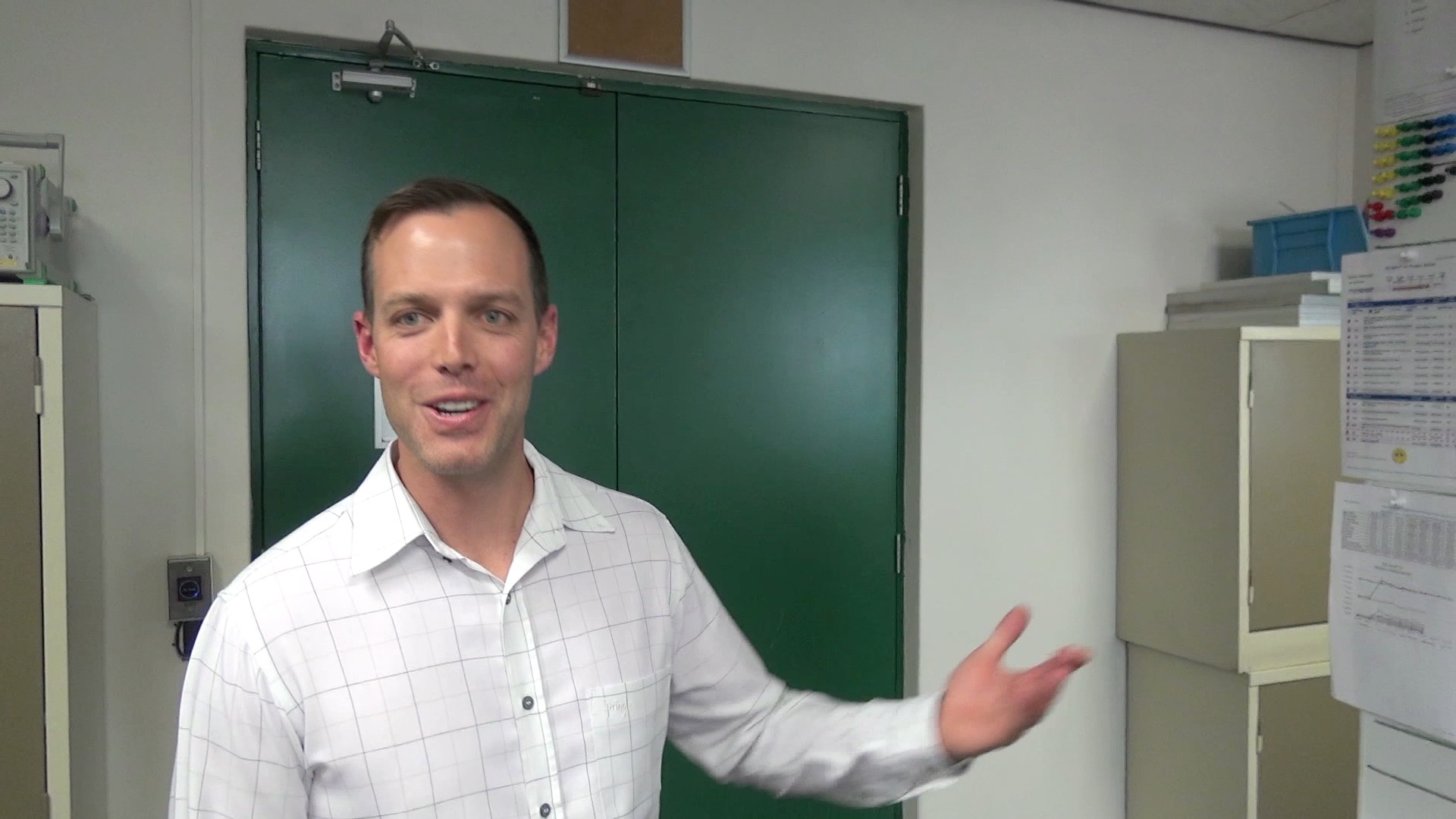 At the end of the week, we wanted to interview the people that had taken part in all 3 workshops in order to get their feedback and leave a trace.

We were a bit worried about asking them to do so without having warned them beforehand and knowing that they were not used to speaking to large audiences.

Once again, the result here was thrilling and beyond our expectations!

As they explained their experience, their faces lit up with the passion and pride of having done something great and generous for their company.

The directors had thanked them for the work done, but they felt even more gratified by the interest we showed in them and their experience and the fact that interviews were usually only done with “important” people.

They were passionate about explaining with all details what they had been through to achieve the result.

I still get goosebumps when I think about the motivation and the emotions coming from their testimonies. This is a great lesson for any “Change-Agent”: How much time do we allow for to listen to teams present their achievements at the end of a workshop?

Here are 6 important aspects to keep in mind, especially for those in our « Old Europe » that are bogged down in philosophical thoughts trying to answer what sex the lean angel, the six sigma messenger and the agile spiritual mentor are !

To all the people that always complain that they are lacking something to be able to act, remember the following expression: “people that say it’s impossible should never cross paths with those that are doing it”

The companies that lose spontaneity lose the continuous improvement “salt” that brings taste to the professional life.

It does not matter if the approach is based on lean concepts, the agile approach or any other thing. The 6 aspects mentioned here are the invariants for successfully managing change and for unstoppable motivation of all people.

The consultant gives, but he also receives a lot.

A big THANK YOU to you all at CENTURION

Men first and leadership above all else

Today with digital transformation and the future 4.0 factory, we can, without a doubt, do even more. However, without a strong leadership from the management teams, inspiring, creating and accelerating enthusiasm, commitment and cohesion, we will not do big things, we will not go far and the change won’t be sustainable.

See you in May 2019 dear CENTURION, I am impatient to see what you will have done over the next months!

A special thanks to Air France who gave me the opportunity to write this long testimony by keeping me awake throughout the whole journey with an extremely uncomfortable seat!

Determine which cookies you want to allow. You can change these settings at any time. However, this may result in certain functions no longer being available. For more information on deleting cookies, please consult the help function of your browser.
LEARN MORE ABOUT THE COOKIES WE USE.

With the slider you can enable or disable different types of cookies :